The day was hot and sticky.

The pungent aromas of cooking, diesel fumes, people, debris, and animal waste drifted in through the open windows of our Jeep and were magnified by the heat as we made our way through the village in central India. Bone jarring bumps to my backside were accompanied by the sound of car horns, calls to worship at the nearby temple, street vendors hawking everything from trinkets to vegetables, children playing in the street, and the clanging of dishes at a tea stand by the side of the road. The road was in desperate need of repair.

Something caught my eye out the front window as I bounced around in the back seat. I looked again to make sure what I thought I was seeing was actually happening. It was.

Men with large sledgehammers were breaking up the concrete road road right in front of the car. By hand. One piece at a time. Women were positioned alongside the men. They carried containers which they filled with large chunks of the broken concrete, then hoisted the load on top of their heads and carried it away. Sweat streamed down their faces and bodies with the exertion. I wondered, “Who are they? Why this hardship? I can’t imagine they chose this life.” 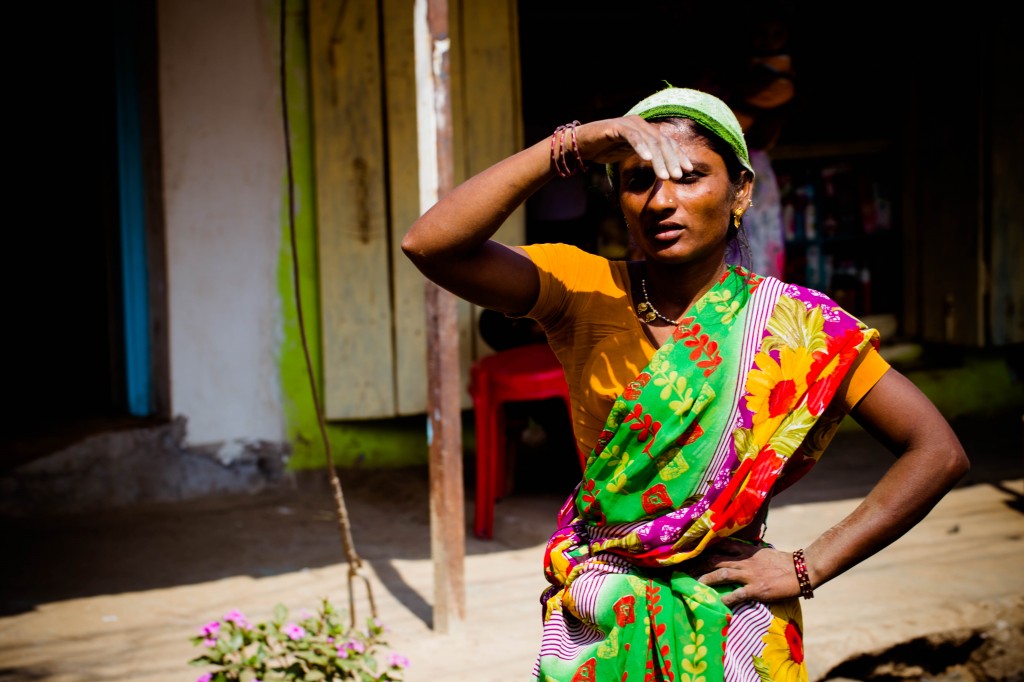 They were probably Dalit.

It is a fact that over 80% of bonded laborers are either from communities designated as “untouchable” or from indigenous tribal groups, according to Anti Slavery International, the world’s oldest anti-slavery organization.

It is also a fact that Dalit women are at the very highest risk for trafficking into slave labour and prostitution. They are often used as indentured servants in brick kilns, garment factories, and agriculture. And who does the most demeaning task of all, removing human waste by hand (manual scavenging)? 98% are Dalit women or children.

“The reality of Dalit women and girls is one of exclusion and marginalization … They are often victims of civil, political, economic, social and cultural rights violations, including sexual abuse and violence. They are often displaced; pushed into forced and/or bonded labour, prostitution and trafficking,” said United Nations Special Rapporteur on Violence against Women, Rashida Manjoo, in 2013.

Being a Dalit woman is hard.

“The combination of caste and gender makes millions of Dalit women extremely vulnerable to discrimination and violence, including rape.” Human Rights Watch

But there is hope.

Dalit women are rising up, recognizing they can have value: to themselves, to their families, to society. In vocational training centers all over India, women are being freed from slavery and prostitution and are learning a trade that will generate enough income to support their families. It’s not just about income though. It’s about dignity. Value. Worth.

This month, as we commemorate Human Trafficking Awareness month, you can free a Dalit woman.

You can give her that choice today. We hope you will.

Please consider one of the following options:

1. Give $100, which provides the complete training she needs to graduate so she can open her own small business.
Please write “women’s training” in the comments field when you give.

2. Give $55, which provides all the tools to accompany her sewing machine.
Please write “sewing tools” in the comments field when you give.

3. Give $30, which provides the tools for a woman to begin her own cosmetology business after training.
Please write “cosmetology tools” in the comments field when you give.

4. Purchase any of the fair trade products from our store.
A portion of the proceeds goes to our women’s centers.

5. Or, give any amount.
Please write “women” in the comments field with you give.

All over the world we are raising up the largest and strongest generation of girls ever. At 600 million strong, we believe this generation are destined to use their voices to lift up others and inspire those coming behind them.

You can be part of the movement. From supporting healthworkers to providing shelter and education - your gift can empower the future!

Only THREE days left to #GiveAGirlWings!

Your donation can rescue girls from unthinkable situations, and connect them to recovery and a bright future. No matter how much you can give - you can change a life.