Polaroids and Pallavi: A Girl and her Photo

There’s nothing quite like a pack of girls and a camera. I think no matter where you are in the world, they know how to pose with all kinds of faces and poses when the lens is pointed at them. The antics are even more darling when they come from wounded girls, girls who have been bruised and broken by evil men who steal their innocence for their own selfish pleasures.

Well, that took a darn turn. Let’s go back to the girls.

It had been three years since we had been to India. COVID shut the world down, remember? We received regular updates about our shelter girls, but for security, we didn’t receive photos.

So this past July was the first time we’d seen their faces since July of 2019. And how those faces shined like the stars, especially when the cameras came out.

Except for one. We’d had lunch, played silly games, sang every Vacation Bible School song our old brains could remember and were in the midst of a full-blown polaroid camera shoot when three more girls arrived. They were a little older, 14, maybe 15. And they didn’t readily engage, despite our eager invitations.

“They just got back from counseling,” one sweet girl proclaimed.

Our team locked eyes with each other. Oh. They’ve been dealing with some demons. Our hearts empathized with the shock they must feel of walking back into a courtyard filled with the laughter and chatter of 20 high-pitched voices, 5 to 14 years old, laughing and playing and posing for yet another picture with some white-skinned strangers.

It took a few moments, but eventually all but one of the new arrivals engaged. Let’s call her Pallavi. I never learned Pallavi’s story. My head is filled with visions of the abuse she might have suffered. She’s in a shelter, after all, hundreds of miles away from her family. Based on the fear in her eyes as she watched the chaos from a distance, Pallavi has been the victim of some very serious crimes. She needed to stand back for a bit. She needed to make sure this was still her safe space with these over-the-top silly girls climbing all over these new women with odd accents.

One of our team members, Amy, eventually got Pallavi to allow her to take her photo with the Polaroid. It was something we could give them. We hoped it would be a reminder of a good day, a day full of fancy food, ice cream, and lots of joy. At Amy’s tender invitation, Pallavi not only allowed her photo to be taken, she grinned! Amy was thrilled.

We saw the pose. We saw the beautiful smile. We even saw a little twinkle in her eye.

But Pallavi didn’t want anyone to see her picture. That still haunts me. Why? Why didn’t she want to share her Polaroid like all the other girls?

But then I thought, maybe she didn’t share the photo because she was a little bit excited about the beauty in the picture. Maybe she saw her smile and deep inside thought to herself, “Maybe I am not my circumstance. Maybe I am more than what those men thought of me. Maybe I can smile, dream, love, and believe that my tomorrow will be better than my yesterday.”

The truth is that I will never know why Pallavi wouldn’t share her picture. But I saw the smile and I saw hope.

So I’m going to believe she is blooming back to life.

Her name, Pallavi, means that, “to bloom.” That’s the ongoing, never-ending prayer of my heart for her – that she will bloom into a confident young woman, ready to embrace the steps laid before her.

This comes to mind as I pray over her,

“For God knows the plans He has for you, Pallavi. Plans to prosper you, to give you hope and a future.”

Join me in that prayer, would you? And if you would like to help another wounded young girl bloom, please visit Give A Girl Wings right now.

Because every life matters.

Tell me more about how I can help a girl like Pallavi. 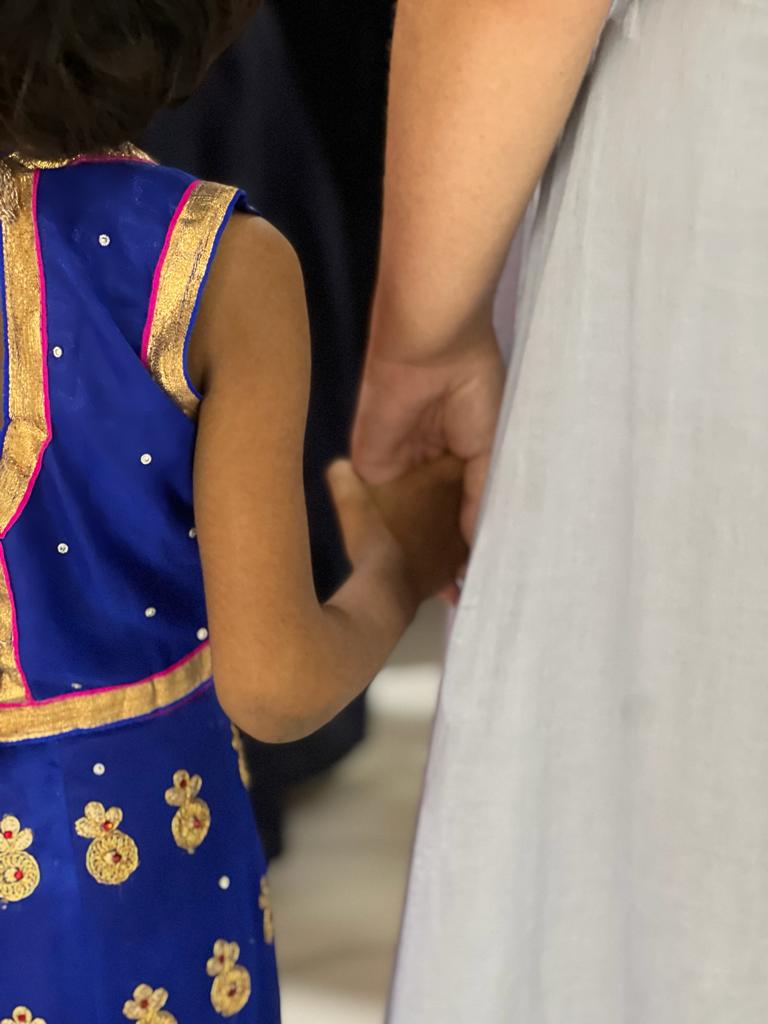 While you do all your holiday shopping this year - don’t forget to use amazon.smile! At no extra cost to you, Amazon will donate a portion of your spending to a partner charity of your choice. You can choose Dignity Freedom Network as your partner, and support families & communities on the other side of the world while you shop for your loved ones at home. 🤍 ... See MoreSee Less

With your gift of rescue, our team can give vulnerable girls a safe place to live this Christmas. Your donation also provides a top-notch education, and everything she'll need to make her dreams come true. dfnusa.org/give_rescue ... See MoreSee Less